To improve the targeting of an agricultural extension training for farmers on a new rice cultivation technique we invited past trainees to select future trainees from a candidate pool. Some referrals were rewarded or incentivized.

Training increases the adoption of recommended practices and improves agricultural performance on average. Rewarding or incentivizing referrals significantly increases adoption by 12 percentage points among both the referring and referred farmers, but does not improve referral quality.

The System of Rice Intensification (SRI) has a demonstrated potential for increasing rice yields without requiring additional purchased inputs, and so is often billed as pro-poor innovation. However, it requires careful management of the plants, soil, water, and nutrients. Consequently, it is intensive in labor and requires detailed knowledge and strong management skills. While it offers promising prospects in Bangladesh, given the prevalence of rice cultivation and the abundance of labor, it is not well suited for all farmers because of the farming management skills required.

Targeting SRI training towards suitable farmers should therefore improve its cost-effectiveness. Unfortunately, external agencies — such as BRAC, the provider of SRI training in our case — seldom have enough information to target farmers effectively, and adoption rates after training are low. This makes it suitable to investigate whether referral can help target SRI training towards farmers capable of adopting it. The objective of our experiment is to improve targeting by accessing the knowledge that rice farmers have about each other’s labor capacity, management skills, ability to learn — and hence potential interest in and ability for SRI.

The day-long SRI training follows a curriculum defined by BRAC and includes a multimedia presentation and a video demonstrating the principles of SRI in Bangladesh. 182 villages identified as suitable for SRI training by BRAC in five districts across the country were randomized to serve as either a control group without training, or to receive one of three referral treatments (T1, T2 and T3).

Trainings in each village were divided into two batches. Farmers in the first batch (B1) were selected for participation randomly. At the end of their training — when they have a better understanding of SRI requirements — we asked each B1 farmer to nominate one other farmer for the second batch of training (B2). The number of invited B1 farmers varied randomly across villages, between 5 and 15. Each B1 farmer referred one and only one B2 farmer. All farmers received BDT 300 for their participation in the training, which is slightly more than the agricultural daily wage. In addition, they were given lunch, refreshments and snacks for the day. They also received a training certificate from BRAC. At the end of the training, each farmer completed a test of their SRI knowledge.

Referrers (B1 farmers) in treatment villages were eligible to receive additional compensation based on their assigned group:

The randomized evaluation found that referred farmers are on average 4.2% more likely to adopt SRI than randomly selected farmers. Furthermore, when a training referral is rewarded or incentivized, average SRI adoption increases significantly by 12 percentage points for both referring and referred farmers, as they are more likely to coordinate their adoption behavior.

SRI training significantly raises the likelihood of SRI adoption among farmers, with some spillover to untrained farmers in treated villages. Treated villages have higher yields, revenues, and profits per area, as well as higher input costs, than villages without training. Yet only 40-50% of trainees adopt SRI and many adopters do not follow all recommended practices, suggesting that training is not targeted towards farmers most likely to benefit from it. Here, the increase in adoption rate due to incentivization did not translate into increased performance for all. While we find evidence that rewarded and incentivized trainees make more of an effort to identify potential adopters for training when there is a smaller pool of peers to choose from, there is no evidence that rewarding or incentivizing referring farmers improves their referral quality. Incentivizing referrals in this study appears to have triggered a feedback mechanism that encouraged ill-suited farmers to adopt the technology; therefore, it actually reduced targeting efficiency. 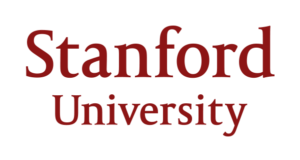