Text messages were delivered to parents of children from 3 to 5 years old enrolled in public preschools in Uruguay using a government mobile app. These messages targeted malleable factors producing students’ absences and sought to influence parent’s attitudes and beliefs about preschool attendance to increase children’s presence in the classroom.

Children in remote areas increased attendance by 1.5 days, suggesting an increase in cognitive development of 0.20 SD. Children in the 25th to 75th percentiles of absenteeism increased their attendance between 0.31 and 0.67 days in 13 weeks of intervention.

Preschool is an invaluable opportunity for children to develop cognitive, socio-emotional, and motor skills; but for children to obtain these preschool gains, they must be there to learn. Typically, absenteeism rates in the early years are notably higher than in other school levels. Children who do not regularly attend preschool miss learning opportunities and interrupt their skills acquisition process, which might prevent them from reaching their potential: these children are likely to have lower academic results later in their formation process and perform worse in the labor market. Uruguay has increased their preschool coverage levels reaching almost universal education for ages four and five. However, more than a third of children enrolled in public preschool programs have insufficient attendance, and absenteeism is skewed towards schools located in lower socio-economic areas and lower preschool grades.

Focus groups conducted in Uruguay showed that parents do value preschool education in general; however, they underestimate children’s cognitive and life gains in the short- and long-term linked to regular attendance. We designed personalized messages that included four different behavioral science tools to induce parents to change behavior:

Feedback. Every three weeks we sent the number of their children’s absences.

“[Parent name], [child’s name] has been absent [# absences] days in the last 3 weeks. Help him develop a habit of responsibility by avoiding missing more days the rest of the year!”

Planning prompt.  Helped parents to associate their goals with concrete actions to achieve them.

“[Parent name]: Think on the reasons that may have prevented your child from attending school last year. Create a plan to avoid them this school year!”

“[Parent name]: What you do for [child’s name] today – for example, taking him/her to school – will impact his/her future. You have a key role in their education!”

Gains in the short- and long-term. Underlined the potential gains in terms of socio-emotional and cognitive skills for children to attend preschool (with negative and positive framing).

“Hello [Parent name]: Have you noticed the change in the development of [child’s name] since s/he attends preschool? Imagine what it would be like if s/he went every day. Let the rain not be an excuse, take her/him!”

Messages were sent from 3 to 4 times per week varying the day, between 5 to 8 pm.

This randomized evaluation was effective in increasing students’ attendance in the middle of the distribution. A possible explanation is that, for this segment, behavioral barriers interfere most with attendance, creating more space to influence behavior through nudges. Specifically, we observe an increase in attendance ranging from 0.31 to 0.67 days attended, in only 13 weeks of intervention.

The messages also increase attendance in the north-east regions of Uruguay. Students in the treated schools increased attendance by 1.48 days, with a significance level of 5%. The north-east regions are characterized for being the least populated and lower performing in several indicators, such as infrastructure, economic activity, health, education, and poverty. The message campaign proved an effective and low-cost intervention to increase attendance in these areas and reduce geographic differences.

Finally, using INDI (Uruguay Child Development Inventory), we found that missing a kindergarten day represents a decrease of 0.13 standard deviations in cognitive outcomes. In the north-east regions, greater attendance would be related to an increase of 0.2 SD in cognitive outcomes as measured by INDI. These results point out the potential of behavioral tools to reduce inequality in access and learning from the early years.

Additionally, consider the following insights from the design’s researcher and consider:

You might want to identify the impact of different behavioral tools. If so, you will need to design the experiment accordingly. If your sample is big enough to design a multiple arm intervention, you should give it a try! 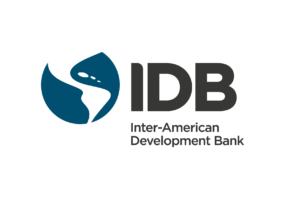