The redesigned postcards cost on average of $0.10 per household.

Water consumption in Belén, Costa Rica was 25% greater than the national average. It was estimated that if consumption remained constant, Belén could face water shortages by 2030. Interviews conducted with residents indicated a broad consensus on the importance of water conservation; however, few believed that they themselves needed to use less water. 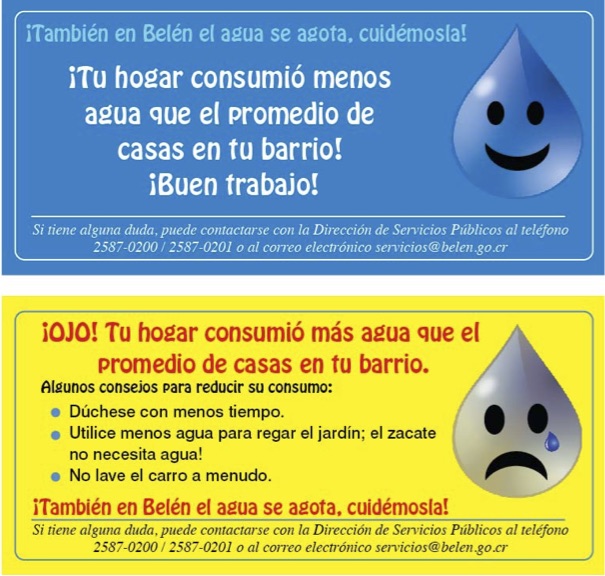 This project tested three behavioral interventions to reduce water consumption in Belén.  In the first, utility bills were redesigned to compare a household’s water usage to the average household in their local neighborhood (one of six neighborhoods in Belén). The letters included a sticker (pictured on the right), color coded based on the content of the messaging (blue if the recipient consumed less than the neighborhood average; yellow if they consumed more).

In a second, household consumption was compared to the average household in the whole city of Belén.

The third intervention compared water use to local neighbors (like the first) and also included a planning prompt to help people set personal goals and create concrete plans to reduce their water consumption (pictured below). 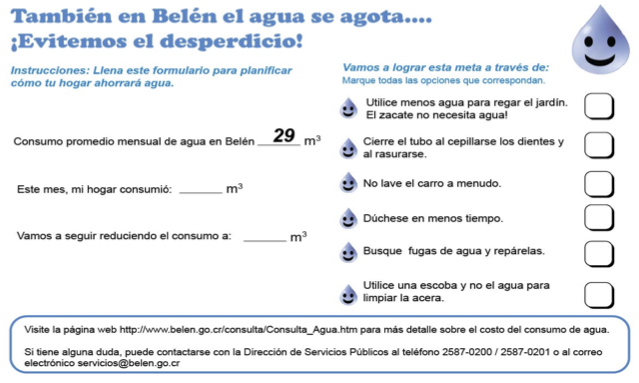 Planning prompt encouraging people to set goals for water reduction (on the left), and check off strategies for how they will meet this goal (on the right). 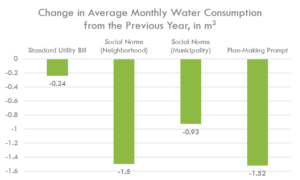