HIV patients in urban Mozambique were sent text message reminders to attend clinic appointments and to pick up their antiretroviral therapy (ART) drugs.

Text messages to ART patients increased retention in HIV care after 12 months by 4.4 percentage points. New patients receiving reminders were one fifth as likely to discontinue treatment as those who did not receive reminders.

HIV is a deadly and easily spread virus affecting much of Sub-Saharan Africa. Treating HIV is possible, but retention in antiretroviral therapy (ART) care is one of the main challenges in preventing HIV-related deaths. In Mozambique, only 74% of patients who begin ART remain in the program a year later. With the number of patients who discontinue treatment still increasing, a method to increase retention is necessary. Mobile phone technology enables communication across socioeconomic, cultural, and geographic boundaries. Previous text message reminders have shown increased adherence to ART treatment. This study aims to build upon these previous findings to increase ART retention in Mozambique.

Participants in the control group did not receive text message reminders, but did receive the standard of care, which included in person reminders regarding upcoming appointments or drug pick-ups. 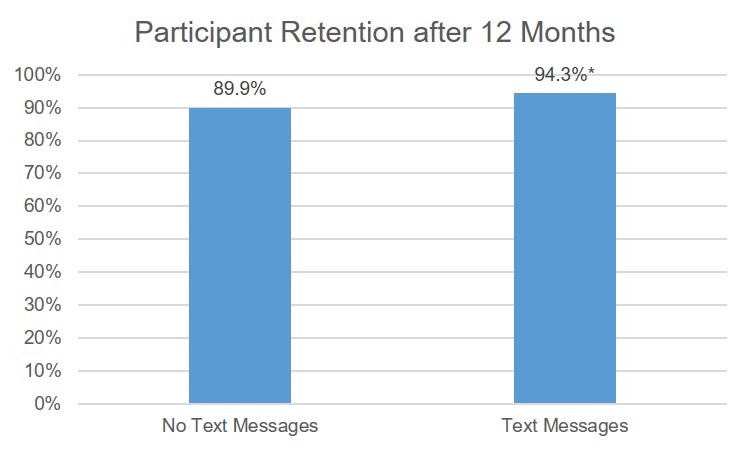